HOW TO Fix a Slow Computer Tip #1: Restart Your Computer 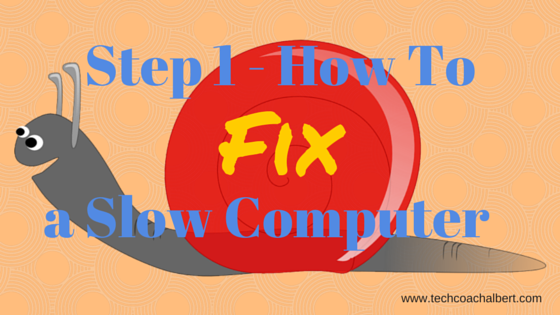 So you’re frustrated with that slow computer you have and not sure what to do? You’re likely here because you searched the web for a solution on a slow computer fix, or you’ve come via my list of the 16 Tips to Fix a Slow Computer (or the Video here). So, welcome to the first tip in a series of how-to guides on making your computer faster! Below you’ll find out why we restart (also known as reboot) our computers, what it actually does, how to do it and how often should we restart. We’d be performing this step whenever we see some the computer is not as responsive as it used to be or its being slow, laggy, or just a general pain and not responding at all. It’s simple, fast, effective and FREE. Thus, it’s the first step in the troubleshooting process when trying to diagnose and fix a slow computer.

Why Restart Your Computer 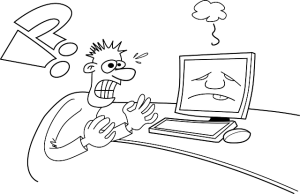 Any time your computer is being slow, sluggish, or not responding is when you’ll want to restart it. It’s the first step in basic troubleshooting, especially when trying to diagnose a slow computer. It also works well when you’re computer just doesn’t seem to be acting like it should be. Such as pages not loading, programs not opening, sound, keyboard or mouse doesn’t work, etc. Restarting may sound like a silly task, but you would be surprised at how many times this actually resolves a problem, and generally it’s the most likely overlooked step in the whole slow computer diagnosing process. Not to mention its a super fast way to troubleshoot your slow computer and its free!

What does Restarting Your Computer Do

So performing a restart refreshes all 3 key areas. RAM is emptied, since it’s only a “temporary” storage area, CPU is freed up because all the programs running were shut down, and the hard drive cleared out its cache/paging file (overflow area for the RAM). The good thing is, this process does NOT erase the data (ie. Pictures, documents, programs, etc) on your computer. So it’s a harmless option to help fix a slow computer, and often why it’s suggested first.

How to Restart Your Computer so it Fixes a Slow Computer

So now you’ve got the background of what restarting a computer does, and why so many of us Techs often recommend it in the beginning of our troubleshooting routines. We can then proceed on how to go about doing it so we can see if this first step fixes our slow computer. This process will slightly vary depending on what type of Operating System you have (Windows, Mac or Linux), the flavor of the Operating System (Such as Windows XP, Windows 7, 8, etc), and whether or not you are on a Desktop or Laptop. The good thing is, while they may be different, they are all pretty similar. There are several ways to restart your computer, and we’ll cover them from the safest option first: 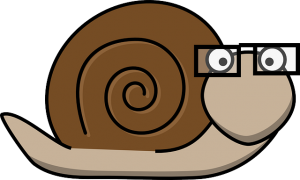 How often Should I Restart

While it’s pretty neat to see how long you can keep your computer on for (and yeah, I do see people take great pride in having their PC on for 2 years straight without a restart), it’s much better to restart that thing at least on a weekly basis unless you’re running a true Server (Windows Server Operating System). However, this has been of much debate, but I prefer for Windows 7 and older, to restart at least weekly to help clear the cache, RAM and speed up your computer.

Rebooting your computer is simply turning it off, and then turning back on. This clears out loads of temporary data stored within your PC and believe it or not, this CAN (and does!) solve a lot of problems. So, give it a shot. Turn that computer off for a second to clear out those temporary files and fix that slow computer!

For more tips on how to fix a slow computer, make sure to check out the full guide: 16 Tips to Fix a Slow Computer

Did you find this post helpful? If so, PLEASE leave a comment in the Comment section below,. I LOVE to hear back and further help my readers!! Also make sure to take advantage of my my FREE GUIDE of the top 5 tools the pro’s use to clean up your PC by entering your email address below:

Albert Dutra, the creator of The Tech Coach and owner of AlbertD Photography is here to help my friends and followers gain more knowledge with the software and tech devices they use on a daily basis. Learn how to use various applications and gadgets to help save time, money and most of all, getting frustrated.

Hey! My name is Albert, but most people call me 'Hey can you fix my computer?". I am a 15+ year veteran to the computer world. A Senior Level Technical Support consultant in Windows, Software and Mobile Devices. I am the creator of The Tech Coach Website and owner of AlbertD Photography and I am here to help my friends and followers gain more knowledge with the software and tech devices they use on a daily basis. Learn how to use various applications and gadgets to help save time, money and most of all, getting frustrated.